Garnacha is here: the next Malbec?

Home/Uncategorized/Garnacha is here: the next Malbec?
Previous Next

Garnacha is here: the next Malbec?

The rise of Malbec has been phenomenal these last past decades. Its popularity is mainly due to the Argentinian approach of the grape, which exports to the US more than doubled between in 2008 respect to 2006, according to data showed by Nielsen.

The grape has come a long way, from being a blend component in Bordeaux (its birthplace) to being widely produced in several parts of the world. In addition, although there is very little left in its place of origin, Malbec continues its expansion all around New Zealand and Chile.

Its success in the US market is widely explained in the documentary directed by Sky Pinnick: “Boom Varietal” (2011). There, it is suggested that this wine has taken off in the U.S by its populist appeal, as Malbec: “it was a wine not discovered by sommeliers, but by regular wine drinkers seeking a wine that was both delicious and affordable,”

As Garnacha, Malbec is currently known as an approachable, plush red with an appealing freshness – partly due to being majorly grown at high altitudes.

This lead us to think Garnacha is not just another trend within the minds of North American consumers, but a boom grape ready to hit the taste of wine lovers worldwide, at a more than affordable price.

Garnacha wine is finding its place as Malbec did in the past, showing vines (in this case, older than Malbec’s) that produce wines sold cheap are not a question of quality, but geography. The high and windy climate is perfect for winemaking as it sweeps insects and pests off sloped vineyards. In the case of the Argentinian Malbec, the melted snow from the Andes provides natural irrigation, which reduces production costs.

The same for Spain, several winemaking regions where Garnacha is grown have these characteristics of lowering costs of producing and consequently reducing the price per bottle. Moreover, it is believed that Garnacha has very good health benefits, as the grapes contain a high concentration of flavonoids –antioxidants- that may reduce the risk of coronary heart disease. 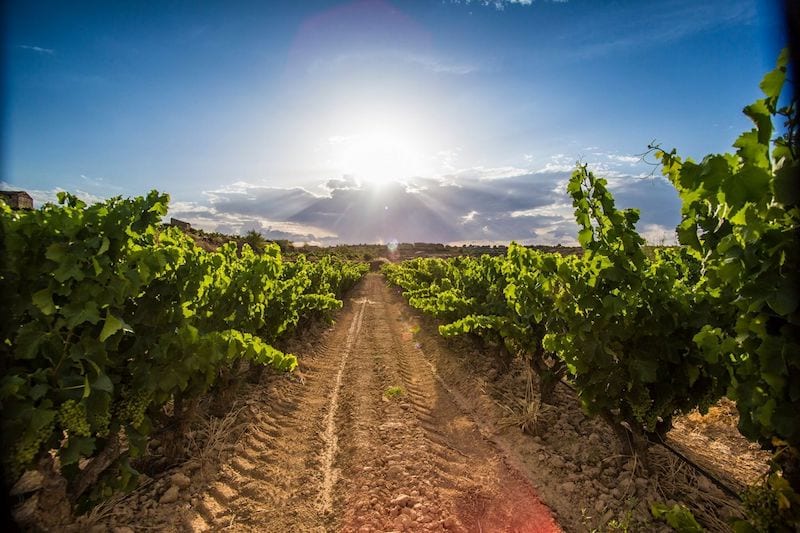 Is Garnacha the next Malbec? Make yourself aware of Garnacha’s steps in the future; it could be the new big thing!

Here we give you a brief comparison of both grapes so you can judge yourself/ place your bets if Garnacha/Grenache could surpass the Argentinian boom: